The works were procured via the Warwickshire County Council (WCC) Highways Framework on the behalf of Ministry of Defence to construct a new S278 roundabout on the B4100 to create an improved access into DM Kineton. The works also included the construction of a new gatehouse, installation of improved security fencing and bollards, updating security systems, diversion of existing, and installation of new services and the demolition of the existing gatehouse.

Due to the complexity of the project and security measures that were to be maintained during the duration of the construction of the works, there were many stakeholders who were involved in the project.

It was imperative that the Montel project team integrated themselves and created strong working relationships with the key members of the various organisations. The relationships were nurtured very early in the process which assisted during the Contract and supported the many design changes that occurred.

Although the scheme was awarded as a traditional NEC option A Contract, the site team were heavily involved with the Client’s team to enable the various interfaces between the relevant stakeholders to be managed effectively.

There were numerous occasions during the project where changes to the works information were required due to discrepancies in either the site information or design.  The relationship built with the Client enabled the team to conclude these matters efficiently.

The site information identified that the existing ground conditions were very poor and identified very low CBR results which led to a very robust construction for the new access road and carpark. During the initial earthworks elements of the construction testing more than the requirements of the specification was carried out to identify various areas where improvements in ground conditions could reduce the required construction thicknesses resulting in a reduction in exported waste materials, imported primary aggregates and a reduction in the programme duration. 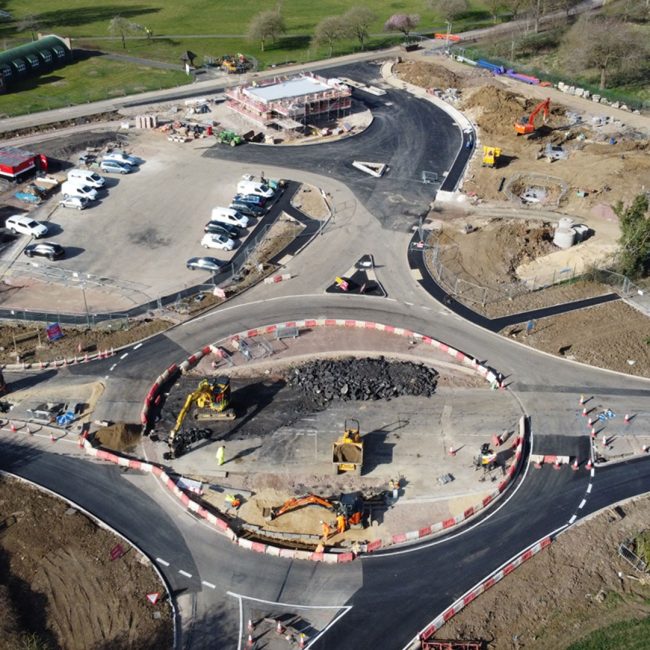 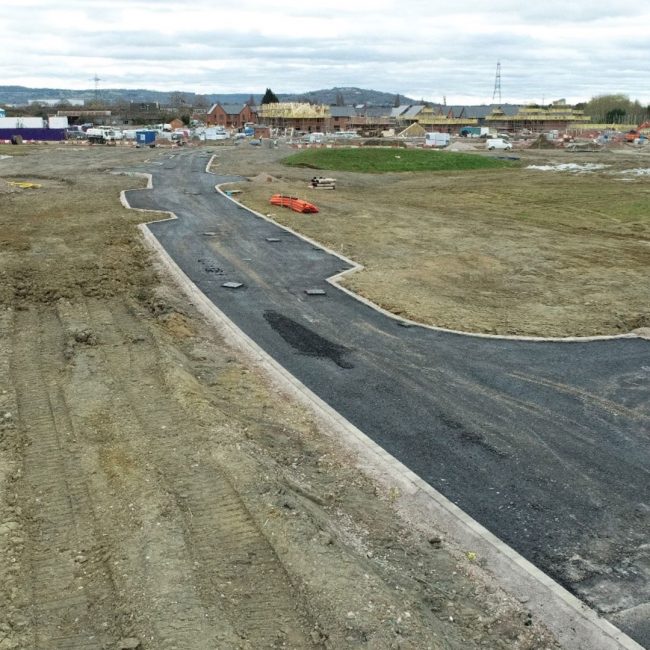 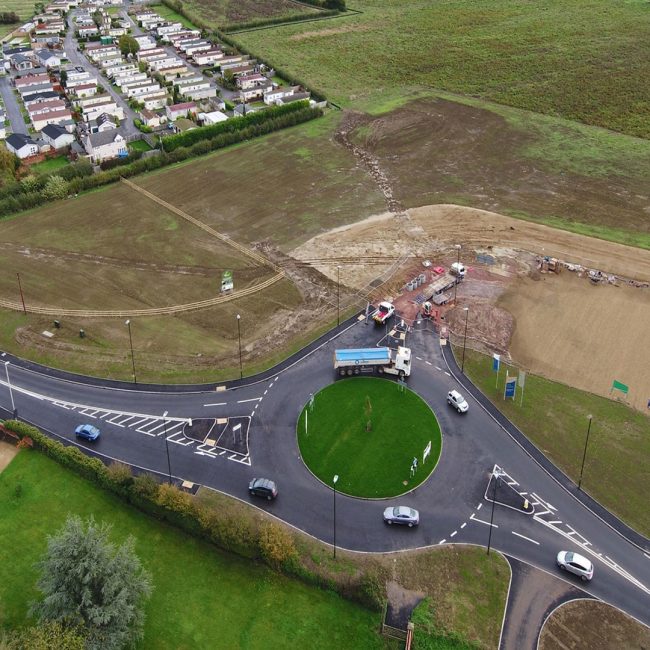